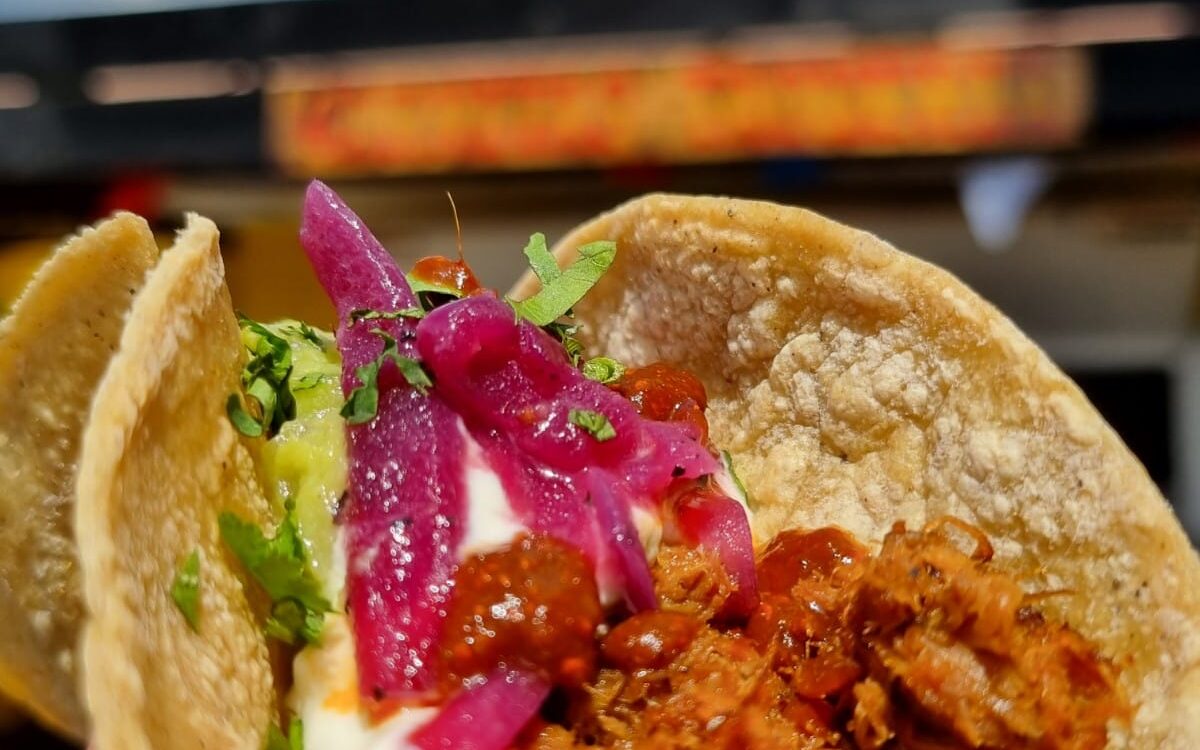 While there is some debate over when exactly the first taco was created, most experts state that the first taco was actually invented somewhere between 1,000 and 500 B.C. At the time, the taco was more about having an edible spoon and since has morphed into the dish that we know today.

When they first became popular in Mexico, they were served in the silver mines. At the time, they were thin sheets of paper wrapped in gunpowder. Talk about spicy!

Paul McCarthy, the founder of Carnitas Taqueria, left Suffolk as a youngster and came back as an experienced Chef. After cooking in London and Brighton he travelled the world (living in Australia for 17 years) and it was only a matter of time before he fell for the flavours of Mexican food!

Indeed, in his opinion, Mexican food allows the Chef creativity to explore the different parts of your palate, at Carnitas Taqueria you will find sweetness, chili, sour, spices and salt!

When Paul came back to his hometown, he discovered the newly founded Beach Street was lacking a Mexican food option. So he presented his plan and opened Carnitas Taqueria, the best Mexican street food in town!